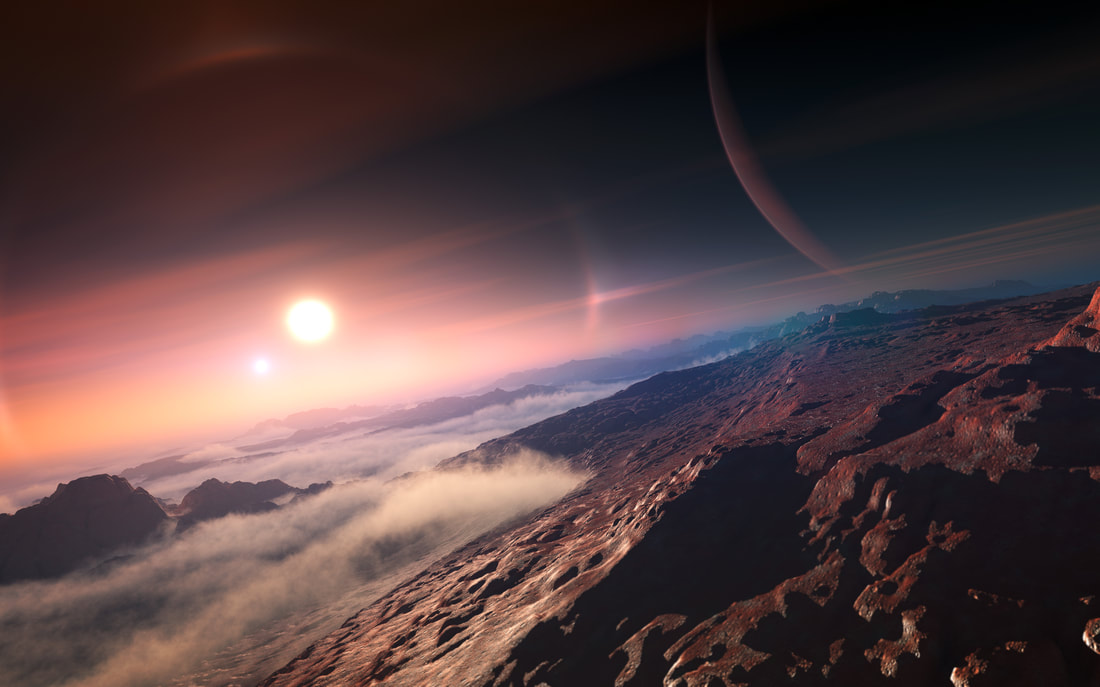 Image: Artist's impression of an exoplanet seen from its moon, orbiting a binary star. Image Credit: IAU/L. Calçada; CC BY-SA 3.0
The Search For Life Elsewhere: Where Should We Look?
Since we first gazed up at the sky, we have wondered: are we alone? For generations, all we could do was wonder - gazing up at the cosmos with no real hope of learning the answer to that question. Now, however, times have changed - where once we wondered whether the Solar system was unique, we now know that planets are ubiquitous - that virtually all stars have planets of their own. We have developed the tools needed to study at least some of those alien worlds - and are even able to visit our neighbours in the Solar system, to explore them and search for any evidence of life.

As a result, there is the very exciting possibility that we may be the first generation to learn the answer to that age old question. In the coming decade, great observatories will look for evidence of life in the atmospheres of alien worlds, orbiting distant stars. But where should we look? The observations needed to search for that evidence will be the hardest that have ever been attempted, and so we will be unable to search all of the potential targets at once. Instead, we will have to focus our efforts on those we judge most promising - trying to maximise the likelihood of a positive outcome to the search.

Often, discussions of the potential 'habitability' of a given exoplanet (the degree to which it could be a suitable place for life to develop and thrive) start and stop with the concept of the 'habitable zone' - the idea that the planet has to be neither too hot nor too cold, but instead must be just the right temperature to host liquid water on its surface. But there's far more to the story than that.

In 2010, I led a review paper that aimed to widen the discussion beyond simply considering the habitable zone. In the process, I learned about a wide variety of factors that could impact the habitability of a planet - from the star or stars it orbits, to the nature of the planetary system in which it moves, and even its internal structure. That paper, which is available here, is one of the pieces of work I am most proud of - and has, in many ways, shaped my own research in the years since it was published. 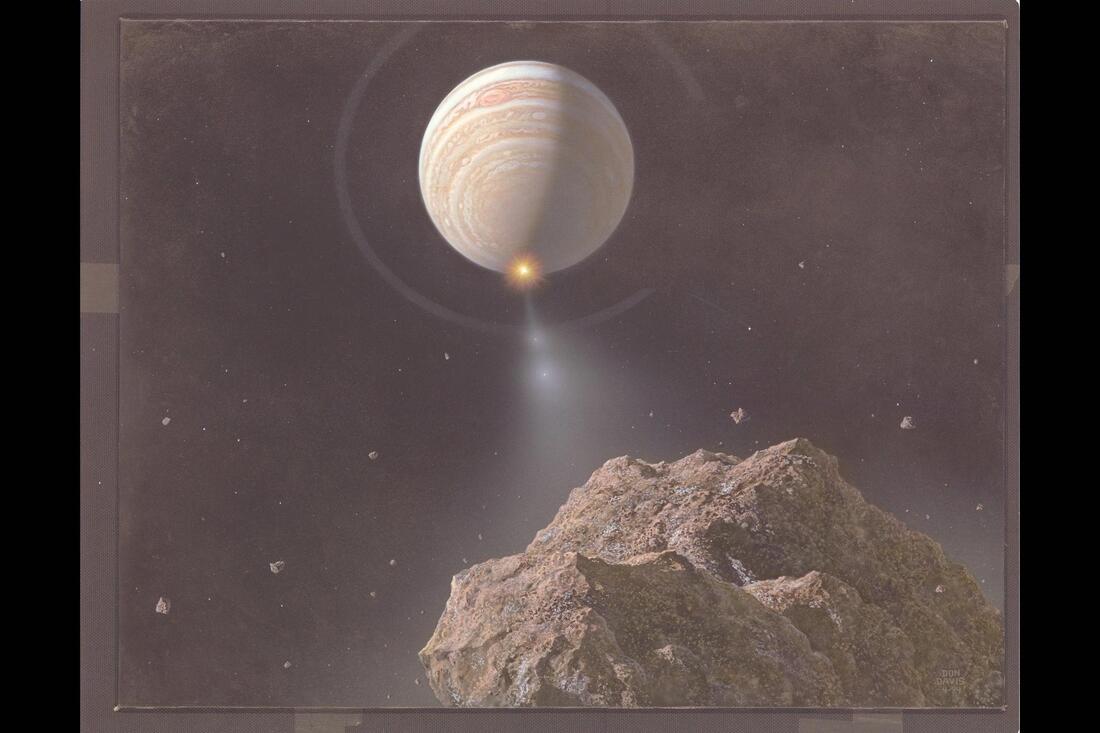 Image: Artist's impression of the impact of fragments of comet D/1993 F2 Shoemaker-Levy 9 on Jupiter, in 1994. This beautiful artwork is credit Don Davis, and is shared by NASA as a Public Domain Dedication (CC0).
Jupiter - Friend or Foe?
Whenever the history of life on Earth is discussed in an astronomical context, the fabulous story of 'Jupiter - the great protector' is rolled out. The story tells of how Jupiter has gallantly shielded the Earth from impacts, bravely flinging objects that would otherwise threaten the Earth away from our planet, and occasionally allowing them to hit it instead. Without Jupiter, the story suggests, the Earth would be rendered uninhabitable by a constant rain of killer asteroids and comets. Life as we know it would be impossible.

It's a great story, with just one minor drawback. It simply isn't true! During my time at the Open University, I worked with my dear friend and mentor, Prof Barrie Jones, and we decided to put this astronomical faerie tale to the test. We ran a vast number of simulations of the Solar system, tracking the orbits of asteroids and comets, to see what would happen if Jupiter were more or less massive than the giant planet we know and love. The results were astonishing. Rather than simply being our protector, Jupiter acts to send objects towards the Earth as often as it flings them away! So rather than simply being our great protector, or the enemy of life on Earth - Jupiter seems to play both roles. Less the Solar system's knight in shining armour, and more a celestial trickster.

For more details on the story, check out this article I wrote for SpaceAustralia.com, or the four papers I wrote with Barrie on the topic - studying Jupiter's influence on the asteroids (paper 1), the Centaurs (paper 2), the long-period comets (paper 3), and investigating the influence of Jupiter's orbital inclination and eccentricity (paper 4).

But wait... there's more!
My studies of the various factors that can impact planetary habitability have continued over the years - and I'll be adding more details here soon!
​
Proudly powered by Weebly