The Search for Alien Worlds 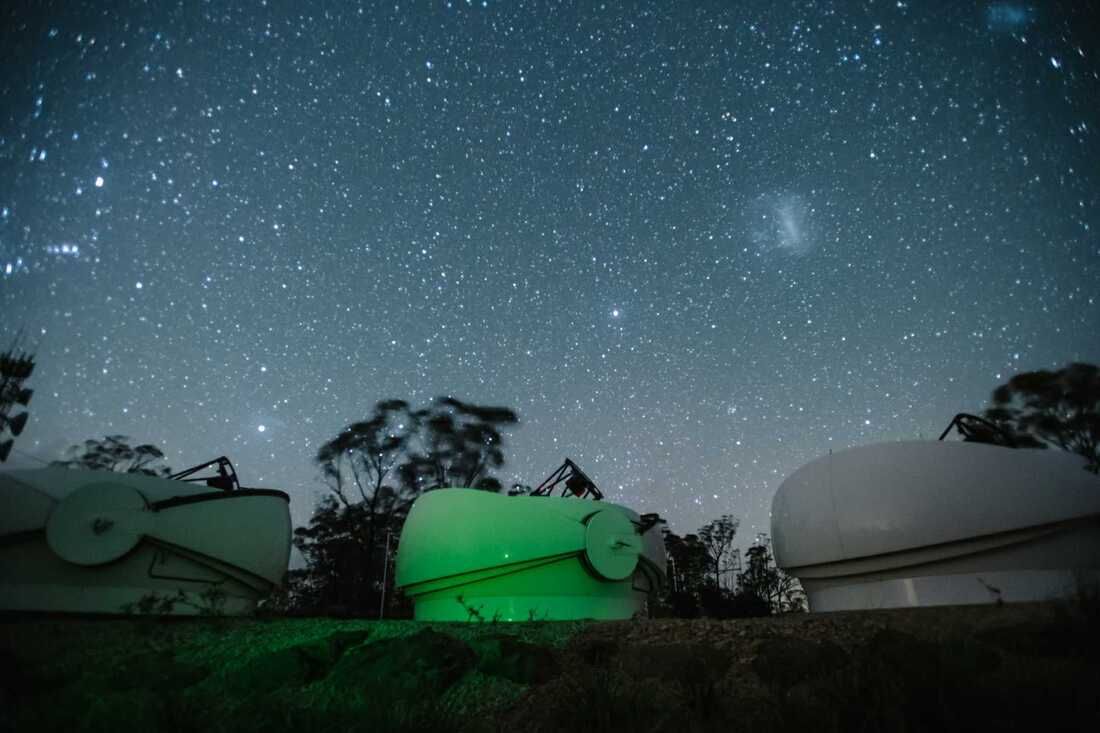 MINERVA-Australis - A Dedicated Planet Search Facility in South-Earth Queensland
The past three decades have seen a great scientific revolution - the dawn of the 'Exoplanet Era'. In the past decade, the rate of discovery has accelerated greatly, with the great space-based observatories Kepler and TESS finding thousands of 'candidate exoplanets' that require follow-up observations from ground-based observatories to confirm.

But this brings with it a problem - simply put, there are too many candidate planets, and too few ground-based observatories to do the requisite follow-up work. That's where we come in. At the University of Southern Queensland, we have built our own dedicated exoplanet search facility -- MINERVA-Australis -- to address this problem. Every single clear night, MINERVA-Australis scours the skies, targeting the stars that we suspect host alien worlds, working to confirm those planets, and to learn more about them.

The four robotic MINERVA-Australis telescopes gather light from the target stars and feed it to a highly precise spectrograph, which allows us to measure how they wobble back and forth along our line of sight, pulled around by the gravity of the planets they host. The result? Our small observatory in regional south-east Queensland is at the forefront of the global search for alien worlds! 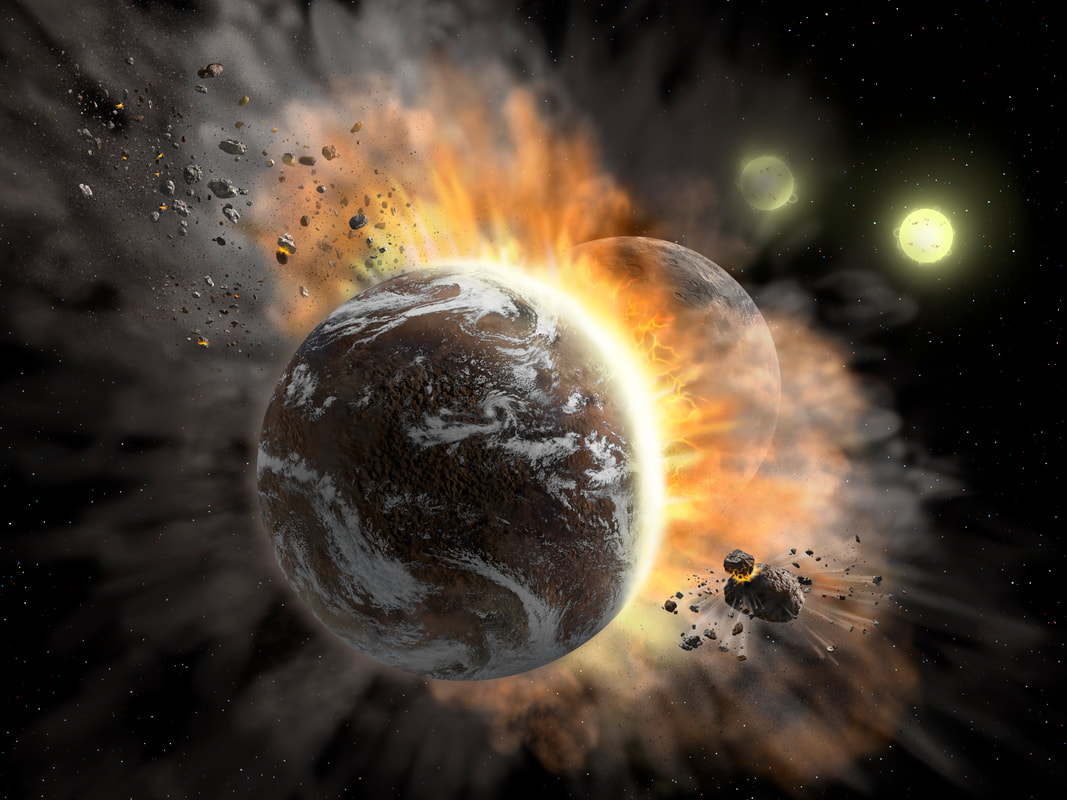 Image: Artist's impression of two planets colliding, in orbit around a binary star. Credit: Maggie (Margaret) Thompson, SOFIA: Stratospheric Observatory for Infrared Astronomy; shared under CC BY 4.0 licence.
Testing Newly Discovered Planetary Systems To Destruction
One of the great challenges of the search for alien worlds is being sure that what you think you are seeing is the truth of what's actually there. The vast majority of exoplanets are discovered indirectly - we see a star doing something unexpected (wobbling, winking etc.) and infer that that unexpected behaviour is caused by the presence of one or more planets.

But how can we be sure that that is truly the case? That's where computer simulations come into play. By putting the planets we think we've found into detailed orbital simulations, we examine whether they really make sense. How do the orbits of the planets interact with one another? Are they stable, following the same path for millions or billions of years? Or are they chaotic - stirring one another up until eventually they smash into one another, or one ejects the other from the system entirely.

Imagine we find a system where we think there are two planets, moving on elongated orbits that actually cross one another. Such systems were proposed orbiting a number of evolved binary star systems, based on peculiarities in the timings of eclipses between the two stars in the binaries. But did those systems make sense? We carried out detailed simulations of those systems, and found them to be utterly unstable. Time and time again, we found systems whose planets were unstable on timescales of just tens or hundreds of years. Simply put - the hypothesised planets did not exist. Instead, something else was happening to cause the observed eclipse timing variations - opening a new window on fascinating and previously undetected behaviour.

The same technique can help us to better constrain the orbits of the planets we find around other stars. Often, the orbits of those planets (particularly ones moving on orbits with periods measured in years or decades) are quite uncertain - and it is possible to narrow down the uncertainties on their orbits following the same logic. For the planets to have survived for long enough for us to detect them, billions of years after they formed, they move move on stable orbits. In this way, we have used our dynamical simulations to help better understand known planetary systems - and such simulations now form a core component of our strategy when searching for new planets orbiting distant stars!
Proudly powered by Weebly